Why others get more than me? Nine factors that affect how much we earn.

There are many different ways to examine one’s pay because it is affected by a variety of different factors, but especially the specific job we perform. The international Paylab.com portal has been aggregating salary information for more than 10 years and has localised salary portals in more than 20 countries. Paylab compiled a list of nine key factors that go a long way in explaining why you’re earning more or less than the market rate. They are well worth keeping in mind the next time you analyse your salary or consider making a career change.

Companies operating in strong sectors offer better salaries at all levels because they have more generous remuneration systems, including financial bonuses. Sectors that have proven to be strong over the long-term include IT, power engineering, telecommunications, banking and other strong industrial sectors including electronics and the auto industry. A situation where an office manager in a power company may earn up to 30 per cent more than an office manager in a company active in tourism, for example, is not uncommon.

The amount we earn also depends on the size of the company that employs us. Most large corporations offer their employees more generous salary conditions and benefits compared to smaller employers. According to analysis conducted by the international Paylab portal, average salaries in companies with more than 250 employees are up to 14 per cent higher than salaries in small enterprises with up to 50 employees.

The system of work in large corporations is typically more structured, allowing employees to profile and specialise to a greater extent. Decision-making authority is limited by multiple levels of management. The system of work in smaller companies tends to be less formalised. It is common practice for employees to have more cumulative positions and they must be more versatile. This means that tasks from multiple jobs across a range of activities may be assigned to a single position.

Paylab's analysis shows that average salaries in foreign companies vary from 12 to 50 per cent higher than the average salaries in the private sector from country to country. Primarily, foreign corporations bring more capital, an attractive corporate culture and different standards in terms of care for employees to developing markets. Employee pay in the public sector is restricted by statutory limits.

Experience is not free. Every employee has invested a lot of energy, learning and time to get their knowledge and skills to their current level. Paradoxically, it is the next employer who often rewards employees for their past experience. Salaries often change more dynamically for people who change jobs more frequently.

Experience may become a key argument in an interview when negotiating a final salary amount. Experience working abroad, on interesting projects or work with various online tools, people, experience managing teams, and the like are all of particular importance. HR professionals and future bosses are pleased to hear stories about your past experience as they see them as the added value your experience will bring to their company.

5. People with degrees get ahead

Paylab's analysis shows that university graduates see accelerated salary growth throughout their careers. Employees with a college degree typically earn up to fifty per cent more on average compared to an employee who completed secondary school. This is often connected to the fact that education is related to the difficulty of the work which is often demanded by a university education. The pay gap increased with age given that employees with a degree see accelerated salary growth during their careers. In terms of life-long income, the pay gap in favour of university graduates means that secondary school graduates are typically unable to make up the difference.

Choosing one's education and field of study has a fundamental impact on the future income of every employee.

The fact that a person has been working for a long time is not continuously reflected in higher pay. According to data from the international Paylab.com portal, peak earning potential, or the age when people generally reach their highest incomes, is from 37 - 40. Employees around forty generally achieve their highest incomes with respect to the current salary market. In reality, pay rises much more dynamically for younger employees. When we reach fifty, our pay in general increases at a slower pace than for people who are not yet forty. Employee preferences do change and stability becomes more important with age. Older employees are more loyal and do not change jobs as often as their younger counterparts.

Paylab's analysis shows that the average gender pay gap between men and women in the same position is 9 per cent to the detriment of women. The salary gap in favour of men is most often the result of women putting their careers on hold when they have children. While women focus on family, male careers continue to advance. The need to balance their family and work obligations often forces women to take on work that is less demanding in terms of their time. They also tend to aspire less towards management positions compared to men.

The length of any pause in their career, support and assistance from immediate family with family care and working conditions provided by their employer all have a significant impact on a woman's income. Companies are currently engaged in efforts to support greater workplace diversity and to create an environment for women where they have the same opportunities as men.

8. Salaries are higher in big cities

Large cities, and primarily capitals, offer better pay conditions over smaller cities and regions away from the capital according to an analysis of data from the Paylab network. This is primarily due to the fact that head offices tend to be concentrated there and the jobs offered are more competitive.

Paylab's analysis shows that an accountant in the capital may earn up to 24 per cent more than an accountant employed in a region outside the capital. Differences in living expenses must be considered in addition to location, as these are typically higher in cities. Significant differences in pay are primarily found in the area of trade. For instance, employees in this sector in Prague in the Czech Republic have salaries that are up to 43 per cent higher than employees in other regions. 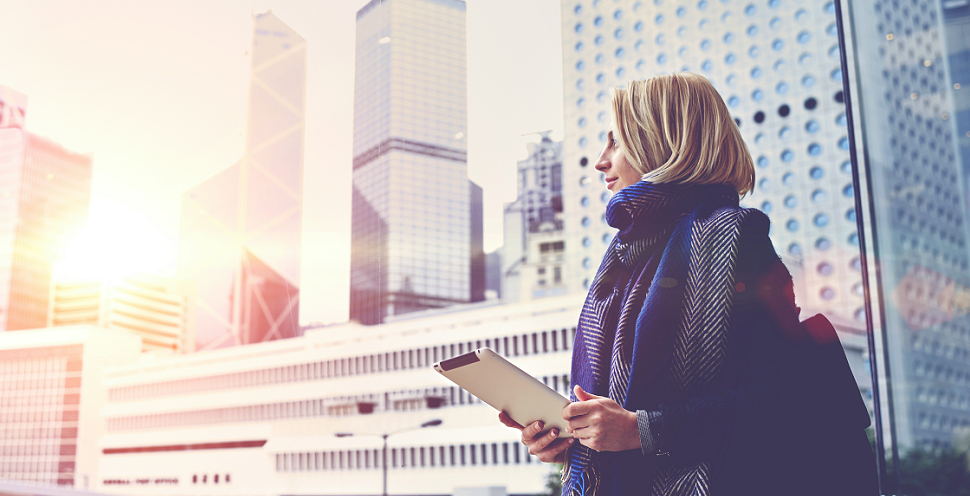 Being assertive with regards to compensation for work performed pays off. Employees who take the initiative and open up the topic of their salary with their supervisors and rely on the correct arguments typically achieve some type of improvement or benefit. Your final income and working conditions depend in large part on your personal engagement.

If your employer is satisfied with your work, it is in their interests to keep you happy. It is worthwhile to open up the topic of a salary adjustment right after you have achieved a major success, made a major contribution to the advancement of the company, streamlined processes or generated significant cost savings. You may also choose to discuss your salary with your employer if your base salary has stagnated for an extended period or is below the current market value for your job.